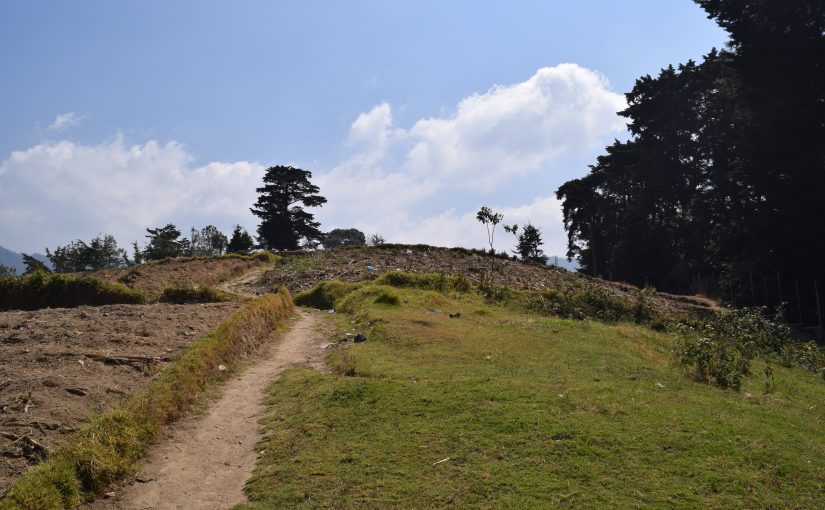 As we saw in the previous unit, the direction of actions can be denoted in K’iche’. Verbs can also take on particles that let us know when a verb has a particular direction or movement.

We will take another look at the text from our previous unit, this time focusing on the verbs that have incorporated movement:

K’iche’ verbs often include inserted parts that add a sense of ‘movement’ to the verb action, as in English  go (there)  to (do), or come (here) to (do). This is called movement incorporation.

Verbs that include “movement” use the same stem as for imperatives.

CVC transitive verbs with “movement” use the same stem as the imperative. A glottal stop is added after the final vowel when in phrase final position:

Order of elements:
The directional/movement particles are inserted between aspect marker and verb stem. The order of elements (there are exceptions):

Exceptions appear especially for MOV –e’-, because the insertion leads to vowel clusters. In these cases the  order of Pronoun and MOV may be switched, weak vowels may be dropped, or –e’– is reduced to an inserted glottal (‘), a process we have already seen elsewhere:

Sometime the order is switched for no apparent reasons:


Ke’nk’utu’
I am going to show