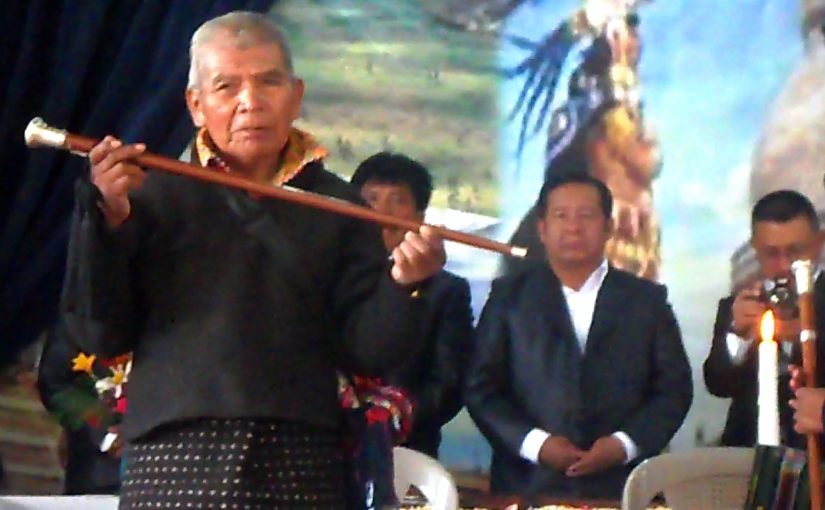 This unit introduces the most common greeting formulas. Click on each text, listen to the audio and read along. Repeat each formula aloud paying attention to Juan Manuel’s intonation. Finally, you will also learn several common K’iche’ names.

This is Tara. She is from the city of Boston in the United States. She’s a student of K’iche’ in the town of Nahualá. This is how she greets Nan Mariy in K’iche’:

The following are common greeting formulas:

Social status and greetings in K’iche’
K’iche’ has different formal and colloquial address forms. In Nahualá, formal address is required to engage town elders, family in-laws, school teachers, the elderly, church leaders (Catholic priests, catechists, Evangelical pastors) as well as civil authorities (town mayor, departmental governor and other high government officials). Formal address is also used to address God and other divine beings in religious ritual. It is required to address adult audiences in public functions such as school graduations, political speeches and masses. Finally, it is commonly used in radio broadcasts to address listeners. Colloquial forms are expected in informal conversations between kin -except between in-laws- as well as between friends. They are also used in market transactions and in brief exchanges between strangers of the same social status.

Watch each of the following short videos paying special attention to the greetings the speakers utilize.

First names are preceded by a particle known as nominal classifier that indicates gender and marital status of the name holder. Most common first names are phonologically adapted Spanish names.

Some common first names in Nahualá