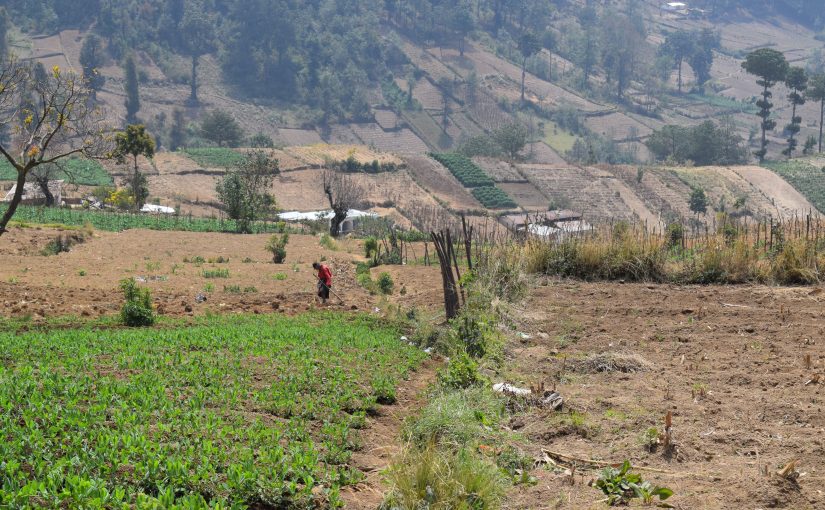 The absolutive antipassive (AP I) focuses on the action and demotes the object, which is often presupposed. It may be introduced as an oblique prepositional phrase headed by ch(i)-E-e(ch).

Listen to the following phrases:

The absolutive antipassive (AP I) focuses on the action and demotes the object, which is often presupposed. It may be introduced as an oblique prepositional phrase headed by ch(i)-E-e(ch).
As we said earlier, antipassive forms are intransitive, so Set B pronominal markers mark subject agreement. They also take the suffix –ik in phrase-final position.

Semantically, both the active construction in Ex. 4 and the antipassive construction in Ex. 5 are the same. The difference concerns pragmatic focus, which in English is often expressed through a raising tone on the focused element. Ex. 4 does not just convey the feelings of love the speaker bears towards his/her father but rather clarifies that it is indeed love and not some other affect presupposed by the interlocutors. Oftentimes the object is unnecessary as it is clear from the context. Nevertheless, as we said earlier, if needed it is an oblique object introduced by ch -E, as can be seen in example 5.

Transitive phrasal verbs that appear with a direct object as part of the verbal phrase, lose this object when in antipassive I:

Derived transitives (non-CVC) drop the –j of the active voice and substitute it with –n,

Kinq’ojomanik.
I play (in the sense of: music) (antipassive).

Root transitives (CVC) add the suffix – (V)n. The vowel is determined according to the following rules:

Antipassive of  the verbs tij  “eat”  and tijoj “teach”
The antipassive “tijon(ik)”  from tij  “eat” idiomatically means  “eat human flesh” (like animal would do). It is not a regular antipassive form of  “eat”. The verb –wa-ik has replaced it. Tijon(ik) can also be the antipassive from of “teaching”.

Uses of the absolutive antipassive:

Object demotion:  The object is obvious, unimportant or presupposed.

To dissolve disambiguity in honorific address):  Transitive clauses with first person singular (in) and second person formal (la/alaq; singular or plural) are ambiguous.  The absolutive antipassive may be used to clarify which person is the subject and which is the object.

Kintzukun che la.
I look for you (antipassive).

Katzukun la chwe.
You look for me (antipassive).

Kinto’ la.
I help you or You help me (active)

Xinkunaj alaq. I cured y’all or Y’all cured me (active).

In some dialects, sentences with a third person plural subject and a formal second person object are ungrammatical. In this case, the antipassive ( passive works as well) is typically used as an alternative.

*Kuloq’oj la.
He loves you (formal)

kaloq’on che la.
He loves (to) you (formal) (antipassive).

Kaloq’ox la rumal.
You (formal) are loved by him (passive).

*Kakito’ la.
They help you.

Antipassive forms presuppose their objects. They’re either clear from the previous context or a culturally appropriate default.

In some instances absolutive antipassives have become idiomatic expressions:

Translate and write the corresponding antipassive form with oblique object: