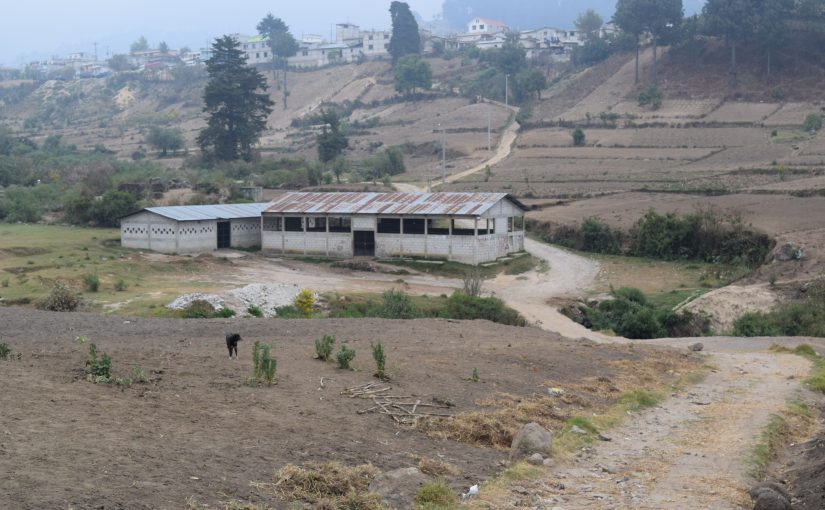 In K’iche’ there are two passive constructions which highlight the object of the verb without expressing the agent or subject. We simply refer to them as Passive I and Passive II. In this unit we will deal with Passive I, and we will move on to Passive II on the following one.

In the following video, Nela asks Nan Xe’p to help her because her son is sick.

In passive voice the underlying object of a transitive verb is made into the subject of the passive verb phrase. Passive verbs are intransitive, which means that only one argument, the subject, is marked on the verb –with Set B pronouns.  In the passive the agent of the underlying transitive phrase is not marked inside the verb anymore; it is demoted to an oblique and has to be introduced (when wanted) by the relational noun  -umal. In English, the agents of passive constructions are introduced by by. For example:

Since the passive verb can only bind one argument to itself in a passive construction, we have to use Set B pronouns to mark the S of passive verbs in K’iche’.  The passive verbs work like an intransitive verb, and as such, it adds the marker –ik when used at the end of a phrase.

PASSIVE I
The passive is marked on the verb as follows:

If you want to express the agent for the passive voice verb, the relational noun –umal is used.

However, you can do this in Passive I only if the agent is in the third person (by him/her/it; by them). You have to use active voice if you want to express agents for the other persons:

The man was cured by me.

Earlier we have seen that you cannot have a third person agent together with a second person formal object in active transitive verb constructions. The same concept however can be expressed by a passive construction:

For these constructions a passive is used:

More examples of Passive I constructions:

Change the following verbs/phrases to passive I constructions. Translate them into English: